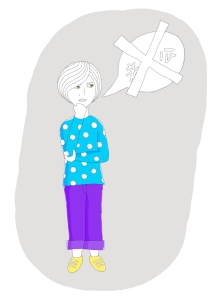 If you drink Chinese medicine, at the beginning of the treatment your TCM doctor will usually require you to go see him/her every 3-4 days. The formula of the herbs will be adjusted every few days and while the basic ingredients might stay the same, the doctor might delete some of the herbs while at the same time adding a few new ones.

After I start my treatment for weak spleen, I go to see the doctor quite a few times. One time in late April, she tells me once more what I can eat and what I should avoid eating. When she mentions one dish which she also mentioned the last time, I tell her that hubby (老公, laogong) has cooked this dish for me last weekend.

This story takes place before our wedding, so we weren’t married yet at the time of writing.

Doctor: “Are you already married?”
I: “No, we’ll be married in a few weeks time.”
Doctor: “So actually he’s not your husband yet.
I: “Don’t Chinese people refer to their boyfriend/girlfriend as husband/wife (老公/老婆, laogong/laopo) even though they aren’t married?”
Doctor: “Uh, young people like to refer to their boyfriend/girlfriend as husband/wife way too early. You know, you really shouldn’t call him hubby at this stage of your relationship.
I: “Since we are almost married, it really comes down to the same for me.”
Doctor: “How would you call him in your native language?”
I: “No matter if we’re married or not, we’d call each other treasure (Schatz, 宝贝, baobei). If we talk about the other person after getting married we’d call him/her husband/wife, but this is not a word we’d use if we were talking to him or her directly.
Doctor: “This is much more like my generation would do it.”

Have you ever thought that people in China call each other husband/wife way too early into their relationships?

Welcome to China Elevator Stories! Posts are published twice weekly on Tuesdays and Saturdays. Guest posts are scheduled for every other Saturday. Don't want to miss a single post? Subscribe to my blog via e-mail (see below).